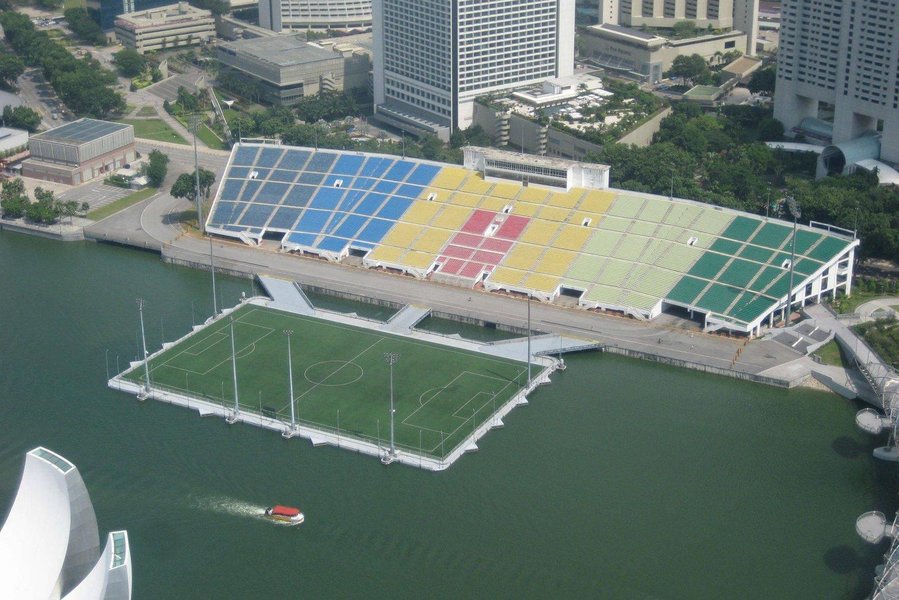 Why you should go to Singapore? but to check out this floating stadium!..

Why is it so special? It’s a floating platform in the middle of Marina Bay, Singapore

Why should you go there? To marvel at how far Singapore’s engineers will go to prevent pitch invasions (but not to watch any actual football). Opened in 2007, it is the world’s largest floating stage. Though it was hoped that The Float would host the Singapore national football team, this has not happened. In fact, it hasn’t hosted any football matches above Sunday League level. Instead, The Float has been used for concerts and other public displays.