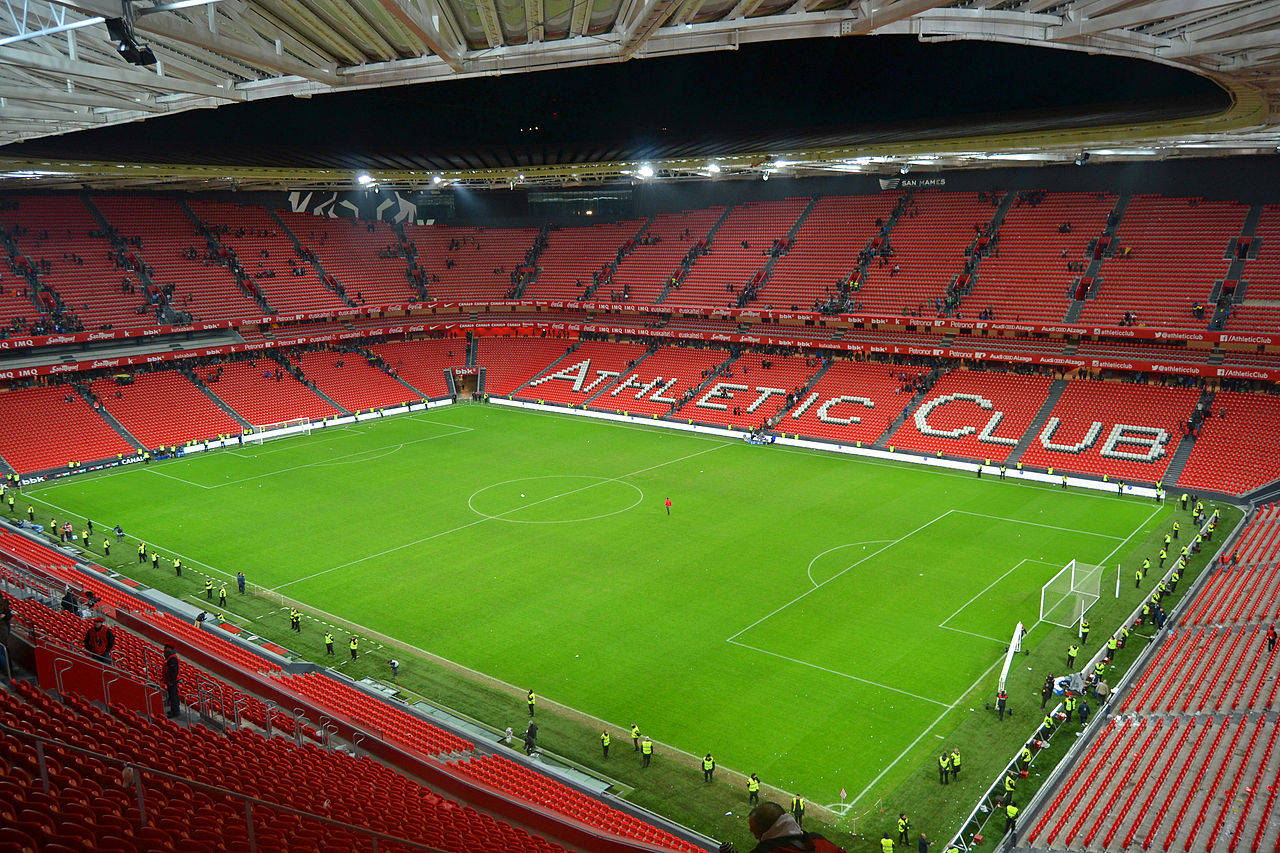 With a philosophy that permits employment of players born in, or with a close tie to, their home region only, it would seem to be impossible for a football club to survive in the top tier of a major European league as its rivals draw in superstars from around the world.  Yet once again, Atletico Bilbao finished closer to the top than the relegation zone of Spain’s La Liga.

The Basque club ended the 2016/17 campaign in a comfortable seventh position, gaining entry to the final qualifying round of the Europa League – yet it continues to limit the pool of players from which it can draw through its unwritten selection policy.

In order to understand the passion and belief that underpins such unlikely success, it is necessary to go back to the years of Spain’s totalitarian leader, General Franco.  The Dictator, who used football to promote his ideals and established close links with Real Madrid, banned the Basque language, Euskara, in an attempt to eradicate the cultural history of the region.

But Basques are fiercely protective of their heritage, even if Bilbao’s football team had English roots (their kit’s red and white stripes originating from that worn by Southampton FC) with the club established by migrant workers from the UK.  Indeed, the original name, Athletic Bilbao, was forcibly changed by Franco, with its Spanish derivative ‘Atletico’ still used today.   One of the few opportunities to celebrate the region’s values during Franco’s reign came through support of its leading football club.

The San Mames Stadium emerged as more than just a football ground, but provided a public opportunity to demonstrate the unity of this Northern outpost of Spain.  Indeed, a year after Franco’s death, the Basque flag was publicly displayed for the first time in forty years, when the team’s ‘keeper produced it at the ground, placing it in the centre circle.  Atletico Bilbao became established as the symbol of the Basque people.

Whilst the overwhelming majority of Bilbao’s followers celebrate their passion for the region through their raucous support, for a time in the 1980s the area’s militant quasi-military group, ETA, became associated with the club, leading to hugely increased security at matches.  Whilst today a small minority remain supportive of the group’s ideals, for most their passion is to promote the identity of the Basque region through their team and at their ground.

The old San Mames Stadium was closed in 2013, but with a design that created yet another cauldron of regional fervour, the new arena retains both the name and the noise of its predecessor.   The success of the club demonstrates that pride, togetherness and history can combine to overcome, or at least match, a trend that sees clubs at the highest level increasingly leave their traditions behind.

But if Atletico Bilbao’s role within its region is more political than that of most clubs in major Leagues, then it is not alone.  The Catalan area of Spain, through FC Barcelona, has its own cultural stronghold.

Once again, the prominence of Franco in Spanish politics is central to the history of the club.  In the same way that he forced a change in the name of Bilbao’s team, so Barcelona’s name was altered, and the Catalan crest removed from its shirts.  With a region so proud of its culture, and with a strong desire for independence from Spain, such a move created enormous resentment amongst the local population. Yet in turn it cemented local pride and determination made prominent through the exploits of its increasingly successful football team.

At the height of his powers, Franco used football as a tool to suppress the Catalonian people.  The Barcelona President, Josep Sunvol, was murdered in 1936, and in 1943 during the semi finals of the Generalissimo’s Cup Barcelona held a 3-0 lead over their rivals, the Franco-promoted Real, after the first leg.  Before the return kicked off in Madrid, the Barcelona players were visited by the Head of State Security.  It is possible to draw one’s own conclusions as to the purpose of that visit.  Barcelona lost the second leg by eleven goals to one.

After its inauguration in 1957, the Nou camp, Barcelona’s home ground, became the centre of Catalonian protest, the place where people could meet and express their views, although even this had to be covert as their flags were prohibited, and both confiscation of these banners and arrest for their owners would follow for any who broke this rule.  However, the stadium became even more important for people of the region, as it remained one of the few places where Catalonians could speak their own language, publicly and in relative safety.

Today, Real and Barca compete for supremacy in Spain, and indeed often in Europe.  Passions between the clubs remain hostile for many, and their respective histories continue to play a part in this.

However, it is not just in Spain that football stadiums have come to represent more than just a home for the local team.  During the Balkan conflict the Maksimir Stadium in Zagreb became the focal point for a riot between Croatian and Serbian supporters.   With support for Croatian independence strong following recent elections, some home fans of Dinamo Zagreb, known as ‘Bad Blue Boys’, clashed with rivals from Red Star Belgrade (the Delije).  Pitched battles, both outside and inside the stadium, lasted for over an hour before police eventually regained control, but at the cost of stabbings, gunshot wounds and beatings to hundreds of fans.

If matters reached their nadir during the Maksimir stadium riot, then they had been bubbling under for many years.  As the break-up of the former Yugoslavia became increasingly inevitable, so rivalries echoed throughout the former country.  Disputes that had begun as footballing differences grew into larger and more frightening ethnic issues.

Another example, which also involved Serbia, occurred in 2014, when the national side were playing Albania in an Uefa Euro ’16 qualifying match.   This time, players themselves were involved after an incident involving a drone carrying an Albanian Nationalist banner.  With Serbian fans chanting ‘Kill the Albanians’ visiting players rushed towards the home side’s Stefan Mitrovic after he removed the banner, leading to a violent pitch invasion during which four Albanian players sustained injuries.

Tensions frequently run high during Old Firm Derbies in Glasgow, with violence occurring as recently as 2016, where the mainly Catholic Celtic supporters clashed with predominantly Protestant Rangers fans.  This sectarian rivalry has a history dating back to the beginning of the last century.

If politics are often infrangibly linked to football support, sometimes the game can be a catalyst for change.  When Iran defeated Australia, in neutral Kuala Lumpa, to qualify for the 1998 World Cup, fans defied the authorities by celebrating in the streets and home stadia.  Even more remarkably, women, who were banned from entering such arenas, joined in the celebrations.  This led, some years later, to the restriction being lifted, although the change was temporary.  However, wheels had been set, slowly, in motion and two years ago the Iranian Deputy Minister for sport announced that proposals for women to be allowed to attend certain sporting events had been agreed.  Time still waits to tell what this will ultimately mean for the rights of women in Iran.

And so, as the close season approaches and fans wait eagerly for next season’s resumption of rivalries, they can reflect that, for some supporters around the world, a visit to their local stadium means far more than simply following their favourite team.