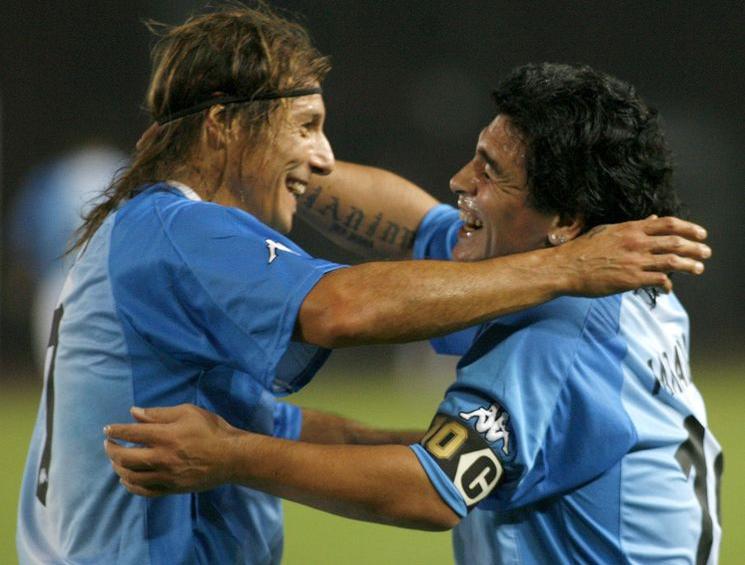 One of the characteristics of every good man is to keep his promises and Diego Maradona tried to keep his own. Most of the times.

In 1996 in Buenos Aires one of the most legendary football twins was found again together. Maradona, now 36, was a bit heavier, he was approaching the end of his career playing in Boca. Claudio Caniggia after his drug adventure and his time in Benfica wanted to return to Argentina, but Boca could not cover his money. Eduardo Eurenean, one of the richest people in Argentina, facilitated the situation by covering a large percentage of Caniggia’s money in exchange for Boca’s matches to play on his own channel.

Boca, however, faced many problems. Maradona was quarreling with Carlos Bilardo (one of Diego’s classic cases with a guy who he loved before to love again and again) from their time at Seville. At the same time, Maurizio Magri, many years before becoming president of Argentina, was trying to squeeze Boca’s finances and cut wages. Throughout this climate, however, the team was doing well and on July 14th welcomed River with the sole aim of winning to keep it strong in the title fight. On the other hand, River had almost dropped into the championship (finishing 14th), giving them everything for the Copa Libertadores (which eventually conquered). Diegito, a few days before the game, said: “If Claudio scored with River, I would give him a kiss on the lips.” 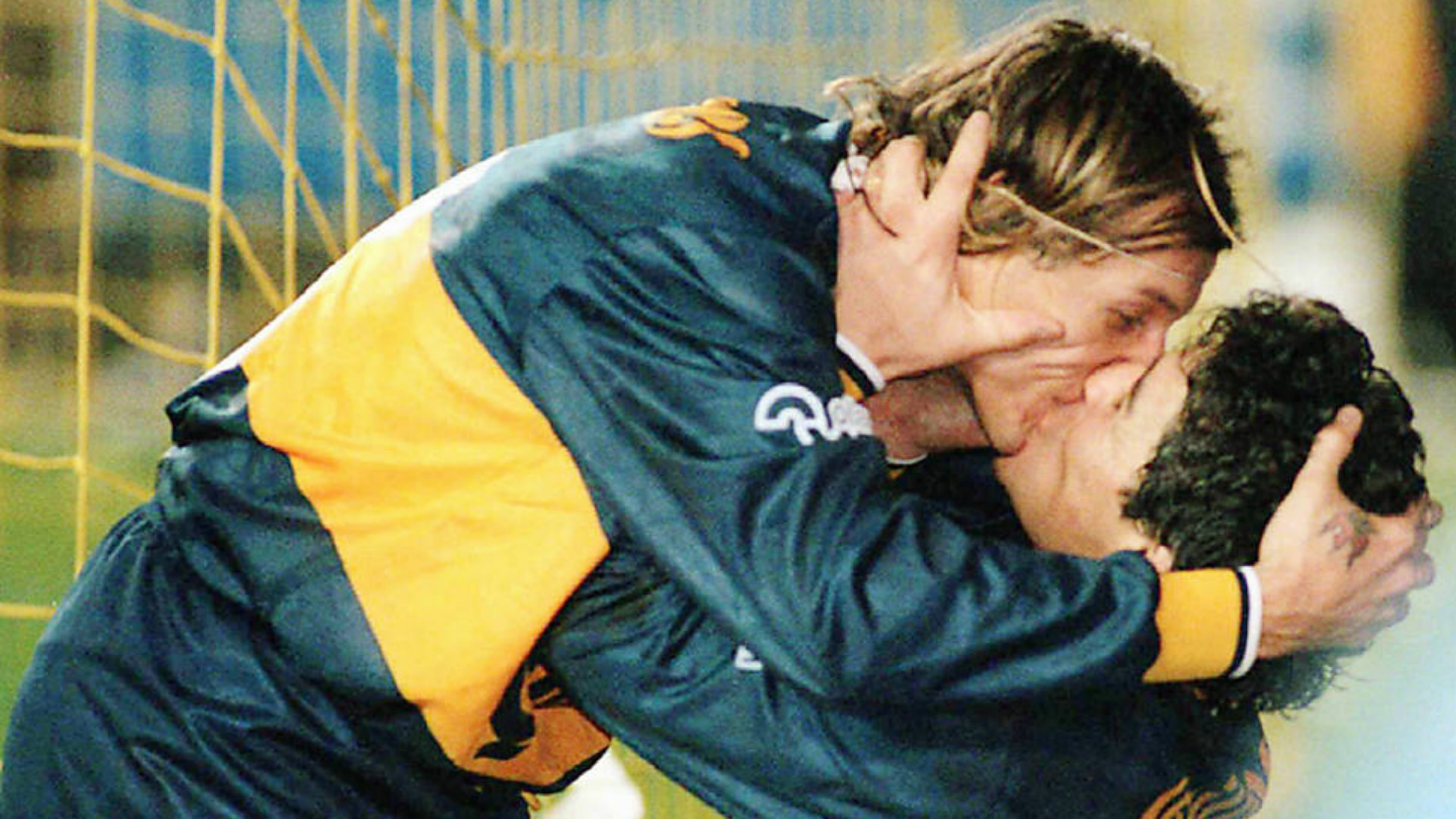 The Bonbonera was crowded and the atmosphere was amazing. River came down without Crespo, Ortega and Francescoli. Maradona’s short throw in Kanya, the center of the last one, the head of Baswaldo and Boca 1-0 was the beginning of a historic victory for Boca. The goal was overwhelming, Diego from … his passion forgot he had talked about Caniggia’s goal and not assistant, but was so beautiful that the goal could not wait and the two players exchanged a historic, passionate kiss (or even so it looked at the photo because the video does not look so tragic).

In the second half, Caniggia opened the champagne, passing through whoever he found in front of him and scored 2-0. New hugs and kisses (this time on the cheek), along with the junior player… Juan Sebastian Veron. By the end of the match, Kaniyas had completed a hat trick. First after taking advantage of a confrontation in the defense of River and then taking the rebound from Maradona’s lost penalty. The final 4-1 was the stamp not only in the Diego-Claudio (this had begun since the 1990 World Cup), but in the Boca world’s love affair with Caniggia . Caniggia stayed another two seasons there and most of them do not remember starting his career from River. The sequel, of course, was not the best for Boca as he made two consecutive defeats and a draw, staying fifth in the championship and seven points behind Carlos Bianchi’s Velez.

Still, the embrace was forever in history and caused the explosion of his wife, Canyon, Marianna Nanis, who said she was angry with the kiss. Diego’s relationship has always been ugly with her (since the 1990s still), as Marianna considered him to be a bad influence on her husband. “Sometimes I think Maradona is in love with my husband. It must be because she has long hair and muscles”, Marianna later said, and Maradona reached up to the point of threatening her with a lawsuit. Do not think everything is forgotten of course. It was only in 2012 that she had criticized her for how bad a mother she is (“at least my own children know where in the continent is Argentina”), and once said, “Caniggia is my friend, but he has to learn to direct his wife “. We, however, sympathize with Claudio, there is nothing worse than not letting your loved one, your wife …

Whatever is said done Maradona was …Maradona and Claudio….well, he was pretty damn good also.